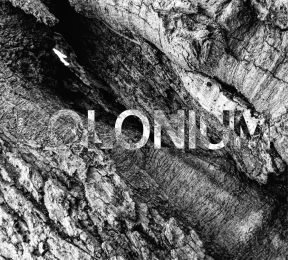 SKU: BURN005C
Seraphim - is a ten song CD from Polonium.

Before they became the Austerity Program, Thad and Justin decided to start a not-serious metal band for some reason.  Within a month they were serious.

A few months after that they were obsessed with double bass drum attack and screwed-up time signatures.  They recorded two batches of songs.  The first one was hit or miss.  The second was solid.

Here's that second batch. Ten songs ranging from early-Melvins minimalism to the rolling bombast of Bolt Thrower.  We didn't screw up the vocals, though; the lyrics are howled with the usual tortured seethe and the content is all about people in desperate straits.  If you like the pounding drum machine of the Austerity Program but aren't with all that intellectualism, this record is for you.

Although the music was all written from 1993-96, Justin took the time to re-record all of it between 2013-2015. So you get a full drink of what we were thinking 20 years ago presented through all of the fancy microphones and tape machines we've gotten in the meantime.

Mastered by Carl Saff in Chicago.

Available in the following formats: