We are an artist-run label formed in 2013.  All the work, good or bad, is done by the people in the bands. 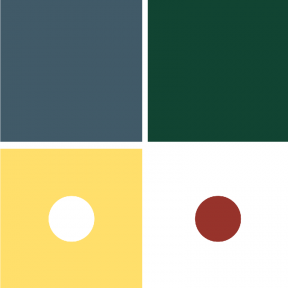 Beyond Calculation - is an eight song LP (2014) from the Austerity Program.

Their latest and favorite.  Guitar, bass, vocals and drum machine all cranked through 3500 watts of power and lots of speakers.  Songs about a despised albino, vengeful minor-deities and self-immolation.  You would think we each grew up Catholic. 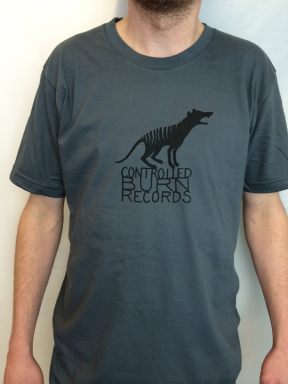 Festoon your torso with the recently-extinct!

Our thylacine (aka "Tasmanian Tiger") logo -designed by the amazing Diana Sudyka- is now available in textile form. Available in 2 colors and 6 sizes.

Nonagon is playing the first ever West Cost PRF BBQ on Saturday, May 3 @ Leo's in San Francisco.  Should be a preeeeetty amazing event, with Kowloon Walled City, Eugene S Robinson, the Gary, the Tunnel and others.

Look at what arrived at CBR's shipping department this week. If you guessed Time Life Books' 28 Volume Series: The Civil War you would only be partially correct. That's coming next week. What we have here is The Austerity Program's record entering the final stages before its upcoming release. Soon.

Jonathan Ferris-Bohorquez was able to snap some very nice shots of Nonagon playing at The Dragonfly Lounge in Madison, Wis. Visit the show's page on Nonagon's Web site for the rest of the photos.

Thad and Justin have started putting songs on tape for their next record.  It'll be 8 songs long and about 40 minutes long.  We'll be putting it out next Spring.   Read more about @title

Nonagon's new record, THE LAST HYDRONAUT (or BURN002 as it's known among the interns and accountants) gets released TODAY. This is the first 'big' release on the label and I won't lie: it's been more work than we thought it would be. That said, it's also been more fun and rewarding than expected... I think we'll declare victory.

Thanks to all who helped us and cared. Couldn't have happened without your support, love, and occasional punch in the face.

After a whopping 73 days in business (more or less), we're already raising prices on most stuff by a buck.  Why?  Because we erred and forgot to include an important cost when we first put up the site.  Hey, look, we're bands, not MBAs and web designers and small business managers and PhD college professors and people who ship stuff for our jobs over here.  (Actually, none of that last sentence is true because have one of each of those.)

So if you bought stuff early, great.  For everyone else, we're sorry that most things cost a dollar more.  But now they do. Read more about @title

Nonagon's latest contains six songs pressed onto black, 12" vinyl. It is intended to be played loudly at 45rpm, but you can play it however you want.... It's your record and we're not the boss of you.

As it turns out, starting a label is harder than we gave it credit for. Paperwork. Bank accounts. Websites. Figuring out where to get those gold records pressed.... The to-do list still isn't completely done, but it's close enough. Let's call this thing "official," shall we?